CHANGE OF ARTISTIC DIRECTOR OF THE NAANTALI MUSIC FESTIVAL 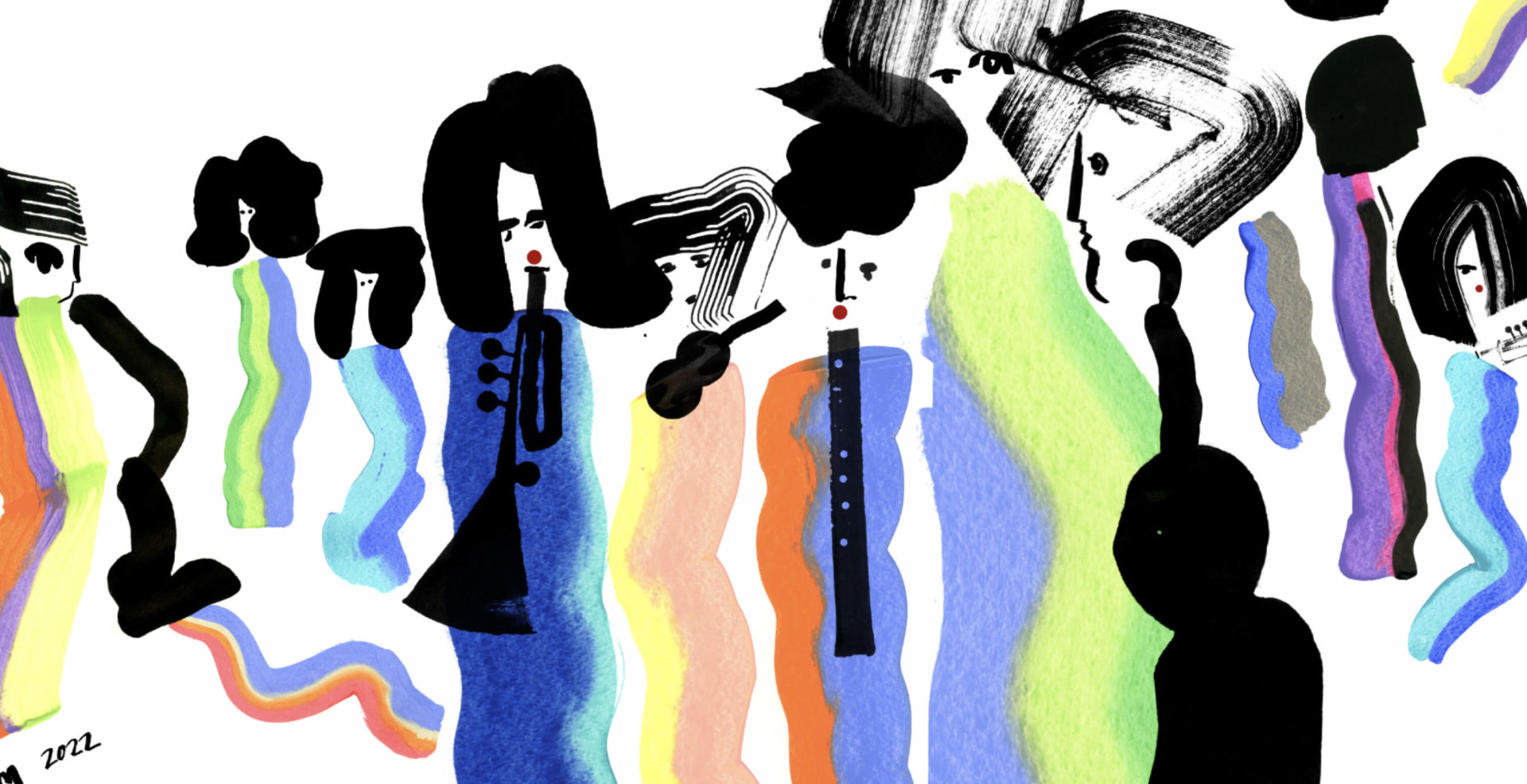 CHANGE OF ARTISTIC DIRECTOR OF THE NAANTALI MUSIC FESTIVAL

The festival in the summer of 2022 will mark the end of a magnificent 42-year tenure as Artistic Director of the Naantali Music Festival by its founder, cellist Arto Noras. The new artistic director will be Elina Vähälä, a long-time regular performer at the Music Festival and one of Finland’s most internationally successful violinists.

The Naantali Music Festival began when the first festival was organised in the summer of 1980 on the initiative of cellist Arto Noras. Since then, some half a million visitors have listened to more than 3,000 works performed by some 60 orchestras and 700 artists.

As a result of Noras’ network of top international artists and his uncompromising commitment to quality, the Naantali Music Festival is now one of the most prestigious music events in Finland and is also recognised for its high quality outside Finland.

“Now is a good time to hand over the artistic reins to a new generation,” says Arto Noras, who turns 80 in May.

Noras will not leave the Naantali Music Festival but will move on to lead a world-class cello academy, which will be developed as a part of the Vallis Gratiae music camp academy.

Violinist Elina Vähälä is one of our internationally renowned instrumentalists. Her sound and virtuosity have captivated music critics around the world. A chamber musician and orchestral soloist performing regularly, she is also a teacher: she is a founding member of Viuluakatemia, which began its activities in 2009, as well as Professor of Violin at the University of Music and Performing Arts in Vienna. She has also worked as artistic director of both the Sysmä and Oulu Music Festivals.

Arto Noras is convinced that the Music Festival is in good hands.

“I have known Elina for a long time, and I appreciate her artistic merit and musical ambitions. I myself started working with the Music Festival more than 40 years ago as an amateur, whereas Elina is a mature and experienced professional,” says Noras.

“I am also glad that I was able to influence the choice of my successor – after all these years, it is naturally very important to me,” he adds.

The first programme of the Naantali Music Festival planned by Vähälä will take place from 6 to 17 June 2023.

“I am extremely grateful for the trust placed in me. The Naantali Music Festival is a unique combination of the best music and the seaside, and I have been part of its family of musicians for more than 20 years,” says Elina Vähälä.

“Arto has created a festival with a world-class programme and an idyllic atmosphere. I intend to lead this festival by respecting its traditions and renewing it through my own artistic personality,” she continues.

Elina Vähälä acted as Artistic Director of the Oulu Music Festival for only one year and will leave the position prematurely to take over the Naantali Music Festival.

To the future with renewed vigour

After this summer, Naantali Music Festival will be developed with renewed vigour, as Managing Director Suvi Innilä took up her post in November 2020 after her predecessor Tiina Tunturi retired after 23 years.

“I am very much looking forward to working with Elina – I admire her both as a musician and as a person, and I know that the success and development of the Naantali Music Festival is very important to both of us,” says Innilä.

“I’ve also been very privileged to work with Arto Noras, who I admire, for the past couple of years. It has been a pleasure to build the festival with him, despite difficult and exceptional times,” she continues.

Audiences will be treated to a variety of musical spectacles

The 2022 summer programme of around 30 concerts and other events will celebrate Arto Noras’ 80th birthday and his long tenure as artistic director. Audiences will therefore have the opportunity to enjoy a series of particularly spectacular concerts of the highest quality.

The celebrations will start already on 14 May in Temppeliaukio Church in Helsinki with the concert Arto 80 Years – On the journey of the Master. In addition to Noras’ solo performances, the evening will feature orchestras with no fewer than 36 of our country’s leading cellists, consisting of Noras’ colleagues and first, second and third generation students. Composers include Aulis Sallinen, Joonas Kokkonen, Krzysztof Penderecki and Astor Piazzolla.

The celebrations will continue in Naantali in June. The Congratulations Arto on 80 years! Friends on Stage concert on Thursday 9 June will feature no less than 14 Finnish and foreign stars performing as soloists in Naantali Church, with the Turku Philharmonic Orchestra and two conductors. The programme consists of compositions by J.S. Bach, W.A. Mozart, Felix Mendelssohn, Aulis Sallinen and Krzysztof Penderecki. Guest soloists include, among others, violinists Mihaela Martin, Elina Vähälä and Christian Altenburger, cellists Frans Helmerson and Young Song and clarinettist Michel Lethiec, with conductors Okko Kamu and Ralf Gothoni.

The festival will conclude and Arto Noras’ term as Artistic Director will culminate with the Twelve-Cello Finale on Saturday 18 June in Naantali Church. Arrangements for 12 cellos of works by J.S. Bach, Aulis Sallinen, Astor Piazzolla and Heitor Villa-Lobos, among others, will be performed. The concert will also feature soprano Kaisa Ranta.

This website uses cookies to improve your experience while you navigate through the website. Out of these, the cookies that are categorized as necessary are stored on your browser as they are essential for the working of basic functionalities of the website. We also use third-party cookies that help us analyze and understand how you use this website. These cookies will be stored in your browser only with your consent. You also have the option to opt-out of these cookies. But opting out of some of these cookies may affect your browsing experience.
Necessary Always Enabled
Necessary cookies are absolutely essential for the website to function properly. These cookies ensure basic functionalities and security features of the website, anonymously.
Functional
Functional cookies help to perform certain functionalities like sharing the content of the website on social media platforms, collect feedbacks, and other third-party features.
Performance
Performance cookies are used to understand and analyze the key performance indexes of the website which helps in delivering a better user experience for the visitors.
Analytics
Analytical cookies are used to understand how visitors interact with the website. These cookies help provide information on metrics the number of visitors, bounce rate, traffic source, etc.
Advertisement
Advertisement cookies are used to provide visitors with relevant ads and marketing campaigns. These cookies track visitors across websites and collect information to provide customized ads.
Others
Other uncategorized cookies are those that are being analyzed and have not been classified into a category as yet.
SAVE & ACCEPT