Arto Noras is a contemporary giant of cello art. After studying under Yrjö Selin at the Sibelius Academy in Helsinki and Paul Tortelier in Paris, his success at the 1966 Moscow Tchaikovsky Competition marked the start of a notable international career.

Arto Noras is a contemporary giant of cello art. After studying under Yrjö Selin at the Sibelius Academy in Helsinki and Paul Tortelier in Paris, his success at the 1966 Moscow Tchaikovsky Competition marked the start of a notable international career.

Arto Noras has performed as a soloist with most of the leading orchestras and conductors around the world, and has also served as an active chamber musician. His repertoire extends to virtually the entire literature written for the cello.

His catalogue of recordings is extensive, and includes several works that were dedicated to him personally, with recording partners including such distinguished figures as Krzysztof Penderecki and Aulis Sallinen. Arto Noras’ career as a professor at the Sibelius Academy, his master classes given all over the world, and his work on the juries of international cello competitions have influenced the development of cello art both in Finland and globally. 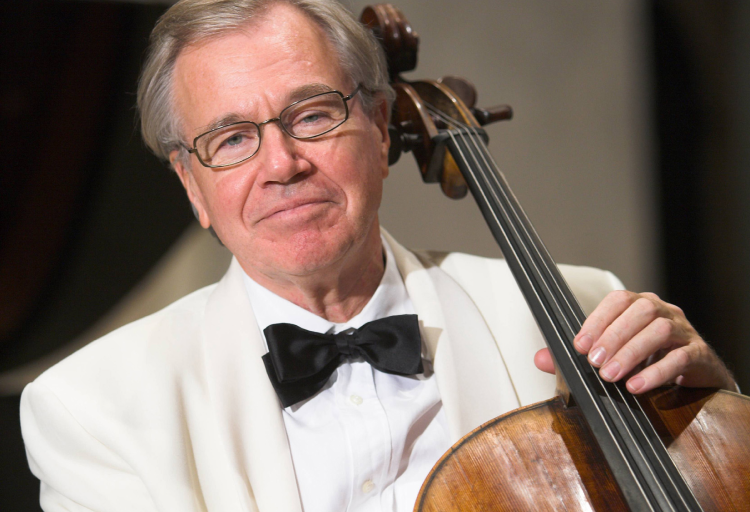 Top Irish pianist Barry Douglas and Beethoven’s most famous piano concerto will meet conductor Dalia Stasevska and the Lahti Symphony Orchestra. Jaakko Kuusisto’s Cello Concerto will be interpreted by Arto Noras, to whom the work is dedicated. The premiere of the work at the Naantali Music Festival in 2019 was the composer’s last premiere.

A heart-rendingly beautiful concert experience in memory of Maestro Krzysztof Penderecki. We shall remember with gratitude this landmark composer and friend of Naantali Music Festival. His music will live on forever.

In summer 2022 Naantali Music Festival will travel to the island of Själö in the nearby Turku archipelago for an archipelago concert. Boat connections to Själö are available either from the Aura River in Turku or from the shoreline of Naantali Old Town. Passengers will experience the beauty of summery Airisto and the Turku archipelago en route, with an opportunity to learn the fascinating and partly sombre history of Själö and admire its beautiful scenery. The highlight of the day will be a splendid archipelago concert with the virtuosi of Naantali Music Festival.

This will be the world premiere of Olli Kortekangas’ Partita Concertante, a work for cello, flute, oboe, clarinet, bassoon, horn, harp and percussion. The concert will also include Bach partitas and music by Schönberg. What a programme!

In honour of the sea, we shall hear words of wisdom, whalesong and beautiful classics. Every one of us can help to protect the Finnish Archipelago Sea in our own way.

Our festival will conclude and culminate with a unique collection of works arranged for twelve cellos. Distinguished soprano Kaisa Ranta will join the twelve top cellists in this extraordinary concert. Could there be a more spectacular finale!