The Lahti Symphony Orchestra is a Finnish local and international orchestra that is both mindful of tradition and fond of novelty. Its operations revolve around a broad and varied series of symphony concerts, complemented by high-quality light music events. One important emphasis is on activities aimed at children and young adults in the Lahti region.

The Lahti Symphony Orchestra is a Finnish local and international orchestra that is both mindful of tradition and fond of novelty. Its operations revolve around a broad and varied series of symphony concerts, complemented by high-quality light music events. One important emphasis is on activities aimed at children and young adults in the Lahti region.

The Lahti Symphony Orchestra is based at the imposing Lahti Sibelius Hall, listed as one of the world’s finest concert halls for acoustics, for example by the Guardian and Die Welt. Globally successful Finnish artists have served for several decades as conductors-in-residence of the Orchestra, including Osmo Vänskä, Jukka-Pekka Saraste, Okko Kamu and Dalia Stasevska, who took up the position of Chief Conductor in autumn 2021.

The global recognition now enjoyed by the Lahti Symphony Orchestra was earned through extensive recording work, numerous foreign tours and online concerts. Over three decades of recording work, primarily with the Swedish record label BIS, have brought numerous international record awards, including three platinum and seven gold records with about one hundred recordings that have sold more than 1.2 million copies worldwide. Special acclaim has been accorded to Sibelius recordings conducted by Osmo Vänskä, including the original versions of the Violin Concerto and the Fifth Symphony, which laid the foundation for the Orchestra’s reputation as an internationally renowned Sibelius orchestra.

The Lahti Symphony Orchestra has performed at several major festivals and music arenas around the world, including the BBC Proms in London, the White Nights Festival in St. Petersburg, the Royal Concertgebouw in Amsterdam, the Berlin Philharmonic, the Musikverein in Vienna and the Teatro Colón in Buenos Aires. The Orchestra has completed concert tours to Japan, China, South Korea, the USA, South America and several European countries. 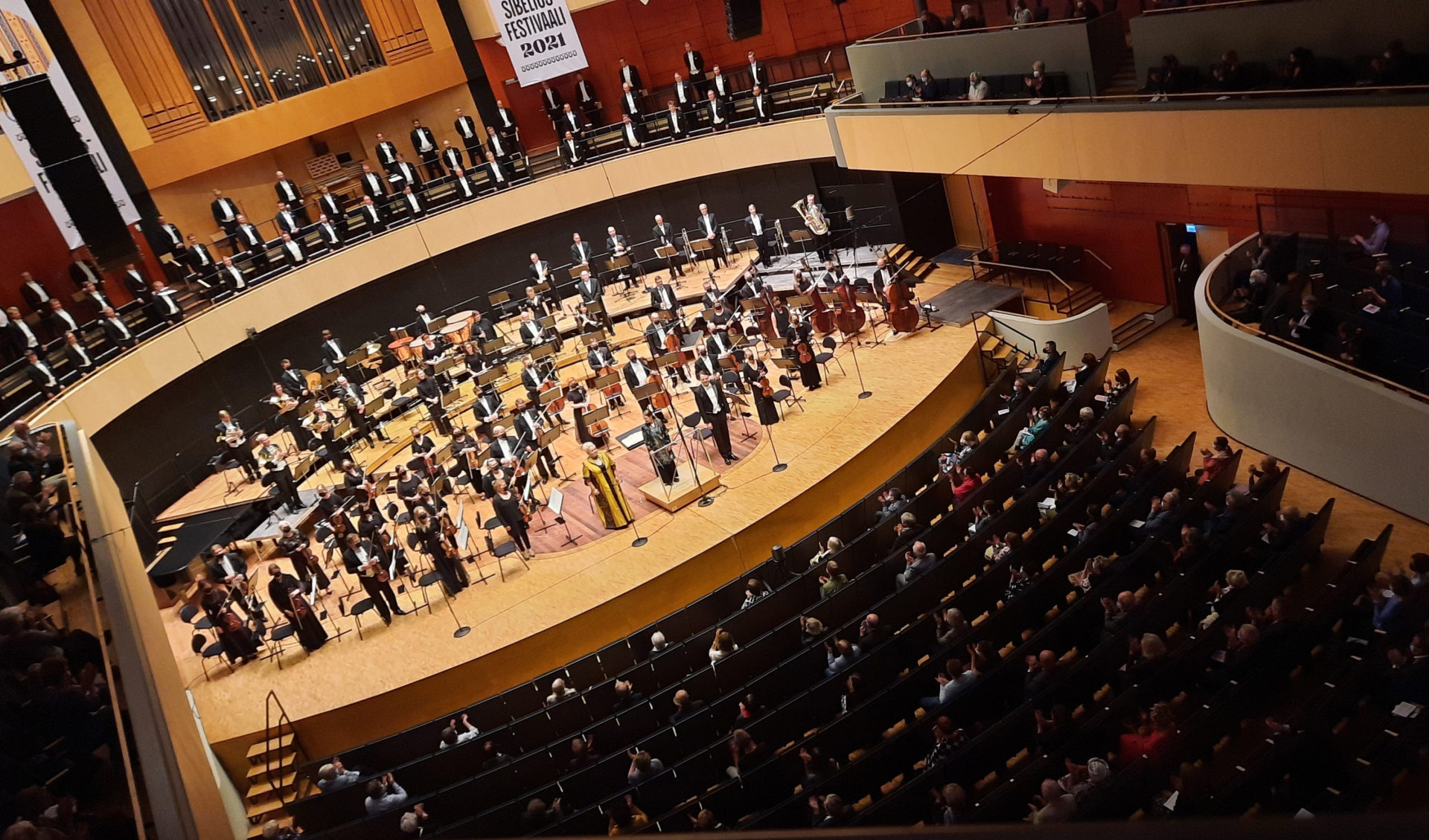 Top Irish pianist Barry Douglas and Beethoven’s most famous piano concerto will meet conductor Dalia Stasevska and the Lahti Symphony Orchestra. Jaakko Kuusisto’s Cello Concerto will be interpreted by Arto Noras, to whom the work is dedicated. The premiere of the work at the Naantali Music Festival in 2019 was the composer’s last premiere.