Despite her young age, violinist Tami Pohjola has performed all over Europe.

Despite her young age, violinist Tami Pohjola has performed all over Europe.

Pohjola began playing the violin at the age of three years, and studied under Grazyna Zeranska-Gebert at Espoo Music Institute and at the Sibelius Academy under Réka Szilvay. Since then Tami has studied at the Munich School of Music and Theatre with Mi-kyung Lee, and at the moment she studies in Sion, Switzerland, at the Haute École de Musique Valais, with Janine Jansen as her teacher.

Pohjola plays a 1754 Guadagnini violin on loan from the Finnish Cultural Foundation. 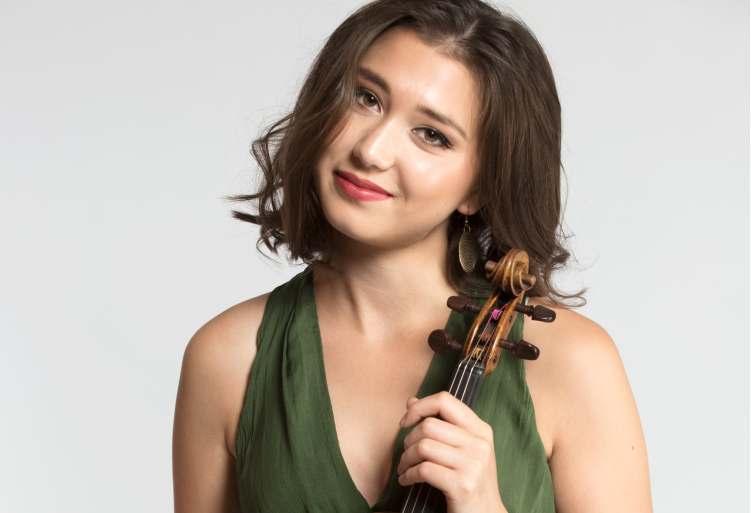 The opening melodies of this concert will bring a feeling that summer has come! The opening Naantali Music Festival Opus 42 concert will express joy, lightness and masterly virtuosity. The special mood of Naantali is now here.

Dances with the Stars

This evening will flow like a dance! Now we are moving from Bach’s graceful court dances through the fast turns of Poulenc, Tchaikovsky, Prokofiev, Golijov and Shostakovich to the spicy tangos of Piazzolla. The stars will get the tunes flying.

A heart-rendingly beautiful concert experience in memory of Maestro Krzysztof Penderecki. We shall remember with gratitude this landmark composer and friend of Naantali Music Festival. His music will live on forever.

Now you can experience all the colours of the summer, from the tantalizingly cheerful Shaker Loops of John Adams to Gershwin’s famous Porgy and Bess.